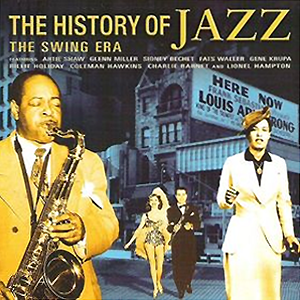 Bob Brookmeyer hipped me to Lester Young. A few lessons into my studies with Bob, he pointed out that my improvised lines were chordal, jumpy and relatively undeveloped – another way of saying vertical and disconnected. He prescribed a steady diet of Lester Young as an antidote, serving up tracks like “Shoe Shine Boy,” “Taxi War Dance,” and “Lester Leaps In.” Within two weeks of the daily Lester sessions, I found a sweeter sound, a straighter 8th feel and less obsession with harmonic “tricks” over strong melodies. I found myself concentrating more on the larger harmonic areas of the tune and less chord to chord. Bob noticed the difference at the very next lesson. “You took my advice,” he said with a hint of a smile. Yes Bob, I did. And I haven’t stopped since.

“Lester Leaps In” is a Count Basie head arrangement over rhythm changes designed to feature Young over tons of blowing space. There are several versions floating around, featuring Pres (Billy Holiday’s nickname for Young) doing his thing at high speed – lots of bluesy lines, simple chromatic movements around the I-chord, and lots of lyrical ideas, delivered with immaculate groove and his sonorous tone.

This transcription is from 1939 with Count Basie’s band, The Kansas City Seven.

Lester’s style is nearly always “horizontal,” sounding the bigger key-areas of a tune rather than each chord. This was a big contrast to the other great tenor man of the time, Coleman Hawkins. Lester would take elaborate progressions like I vi ii V, which would lead to Hawk unleashing a flurry of notes, and instead see the whole thing as being in the key of I and simply play off the key center. That meant less cliches, more time to work, and a less busy style. Not having to worry about rapidly moving chords means time to emphasize subtle key center colors and the Blues.

Notice letter (B)? Its just an ornamented I chord, even though there’s a lot of chords in the same space. But what a hip, rhythmically swinging idea! And Basie’s comping shows this sensibility too. He’s barely playing anything back there, but the bass is really going at it.

This is not to say Pres didn’t have moments of harmonic surprise and detail. He is a jazz musician, right? But since his horizontal orientation to the chords doesn’t worry about each change, he reacts to the key centers instead of each change in sound. Check out this moment from the trading-4s section as an example:

Another great moment like this is the twisting line in chorus (B) measures 73 to 76.

Playing horizontally in a hip manner requires a lot of intuition and a great musical ear. You have to develop a sensitivity for key regions and be adept at melodic development, as harmony will be less of a crutch. Here’s a few suggestions to get you started: