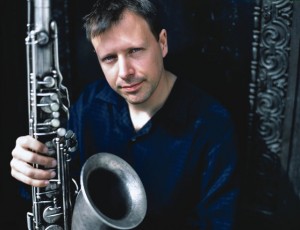 Its been awhile since my last transcription post, but that’s not to say I haven’t been busy…my most recent project has just been a beast. For those who follow Chris Potter, you may be aware that he offers lessons through his site. They come in pre-recorded bundles of interviews, exercises (not nearly enough of these…grrrr…) and tour-de-force performances of specific standards. The infamous “All the Things You Are” performance he gave has been floating around for years and a few decent transcriptions are out there as well. Potter recorded “Confirmation” for one of these lessons a few years back.

“Confirmation” was a tune I cut my teeth on. I used to warm up with the head and a few choruses of solo for years, even playing it on my NEC audition. But as familiar as I am with the tune, it still poses several challenges. Playing sensible melodies while still hinting the chords tends to lead me down the same cliches over and over. This solo-sax recording has presented a great opportunity to hear a master take the tune in a huge number of different directions.

From the interviews, Chris Potter describes the performance as starting “really down the middle Bebop”, playing clean lines perfectly in sync with the chords. Then he says he’ll “kind of work my way out”. In this case, “out” involves everything from intervallic ideas, absurdly extended hemiolas, planing in minor and major 3rds and even a few chorus of “26-2” changes thrown in for good measure.

Well, there you go. A really detailed solo by Potter and hundreds of new ideas for approaching Bop changes from a modern master. Enjoy!