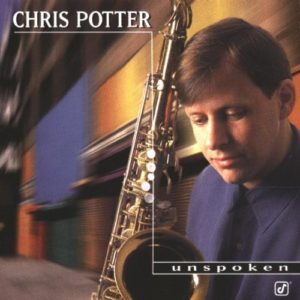 Starting next week (on Jun 28th), at The Nash, I’ll be teaching a 3-session class on transcription – this being the main means by which I’ve developed as a musician. We’re going to look at my process, what I do with it when I’m done, and how to get the most out of the process. Each participant will be challenged to take on all or at least part of a solo that interests them. Then, as a group, we’ll apply some of the strategies I use in my own practice to make transcription as effective as I feel it is.

With that in mind, I decided to go back and complete a solo I picked at years ago. Chris Potter has long been one of my favorite musicians. His fluency on the horn, rich sound, and the incredible fluidity of his ideas, have drawn me in time and time again. This solo was one of the very first that caught my ear. And it was one of the first times I’d ever heard a soloist navigate a really complex system of meters.

Lets break the tune down…

Chris’s solo, as is typical of his playing, is right down the middle on the tune, nailing every change and meter. Its a masterclass in “playing the changes” and navigating tricky rhythmic combinations. Rather than draw your attention to any one particular phrase, I suggest you just look at each mini-chorus in his solo and get a sense for the groupings and resolutions that give his lines the rock-solid feel it has.

And here’s the transcription:

Let me know what you think in the comments. Also, if you catch any errors, hit me up. I’m a real stickler for precision and won’t mind the feedback.