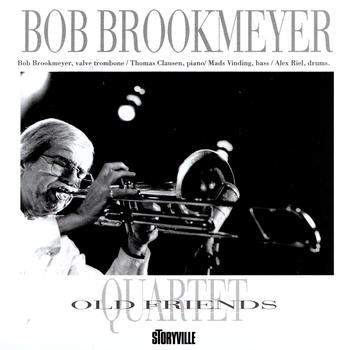 In my second year at New England Conservatory, I had the honor of studying with Bob Brookmeyer, the wonderful composer, pianist and trombonist. Much of our time was spent talking about thematic development and finding ways to play more freely within the changes. Bob had me try all sorts of experimental ideas, including two particularly useful/unusual techniques:

And he suggested I check out his performance of “Stella By Starlight” from his live recording Old Friends to hear these at work. At the time, I just picked a few choruses…wild stuff. He plays alone at first, and then with bass, so loosely around the chords that my analytical mind was spewing smoke trying to “get it”. It clicked when I stopped trying to justify the notes harmonically, and just listened to the development of the ideas.

Recently, inspired by Hal Crook’s How to Improvise, I’ve been obsessively working on motivic development. It made me flash back to this solo, which I’ve now completely transcribed…all friggin’ 12 minutes of crunchy notes, endless development, and immaculate groove.

So Bob, with great thanks and respect for your teaching, this one’s for you.

A bit of analysis

As many of you are probably aware, Bob Brookmeyer composes with a very modern harmonic vocabulary. Compositions such as “ABC Blues” & “Hello and Goodbye” demonstrate advanced scales, modern chord structures built from clusters and a liberal use of dissonance.

It should come as no surprise that his improvisations show this as well. There’s a frequent use of symmetrical scales and melodic minor modes, as well as “note sets” that don’t come from any obvious tonal category. Here’s a few choice moments:

And of course, lots of other less obvious hints of these scales run throughout.

More importantly though, I feel Bob wasn’t concentrating on these specific sonorities. The performance sounds and plays more like he is painting with intervals. I get the impression of splashes of color, rather than any attempt at flagrant dissonances. The effect comes off as more controlled and sophisticated than a player just striving to “play out”. And the solo is performed with a playful atmosphere and a free-flowing quality that keeps some pretty hairy clashes from sounding grotesque.

So how do you take advantage of these ideas? You’ll need to get comfortable with a richer palette of colors. #5’s and #9’s on Major chords, the occasional Major 3rd on a Minor chord…that sort of thing. Here’s an ear training exercise (not for the faint of heart or the squeamish traditionalist) to improve dealing with these sounds:

Be patient…it took a while to get good at this. But there were a lot of great side-effects. Chord sounds became sharper in my mind, I got comfortable recognizing and playing exotic sounds over changes, and I started hearing melodies with surprising notes.

Starting in measure 9, Bob begins the first of many extended lines that sequence using their own logic, rather than the prevailing harmony. Check out how the rhythm and shape keeps the line working…even when he’s WAY outside (F# minor over D-7 anyone?):

Several times, Bob splits from “running changes” not for the sake of dissonance, but to play more bluesy. Check out this Bb Blues Scale drenched bridge starting in measure 49:

The A section beginning at 97, and all of letter J are great for this too.

One more…a great Melodic Minor inspired moment from measure 155. The tip-off that this comes from Melodic Minor is the use of Natural 9s on the half-diminished chords and the #9 and #5 on the F7b9. This is my favorite lick from the whole thing.

Alright…good luck with all that. Happy shedding!